It’s been almost four months now that we’ve been without our primary livestock waterer.  It was taken out when we had all the well-work done, and it stayed out due to the resulting lack of a concrete pad to re-attach it to.

With the threat of winter looming, it was time to get crackin’ on a new concrete pad. 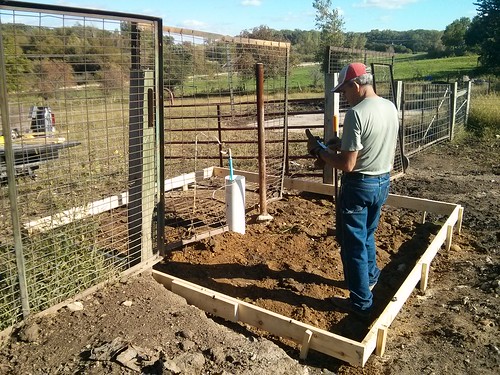 Look! Forms and a concrete-calulator app for your smartphone! 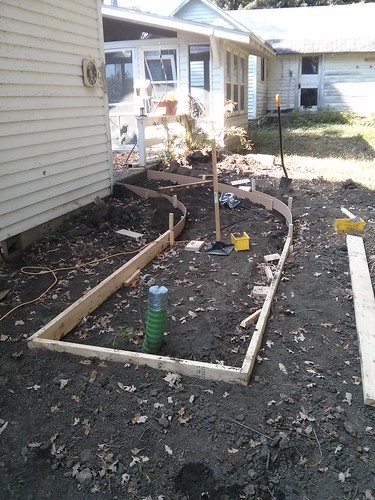 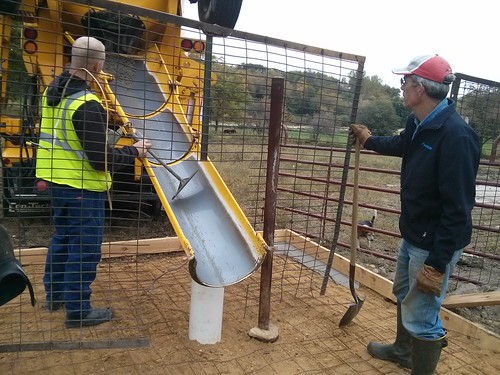 The big day came and went without any big issues.

A good thing when you’re dealing with 3.5 cubic yards of liquid rock. 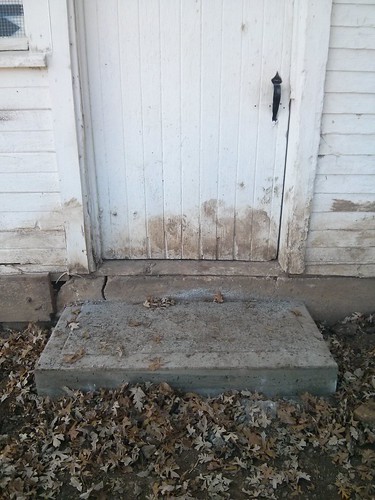 We even had just the right amount left over to make a little step up to the front door of the chicken coop, much to the delight of the resident toddler population. 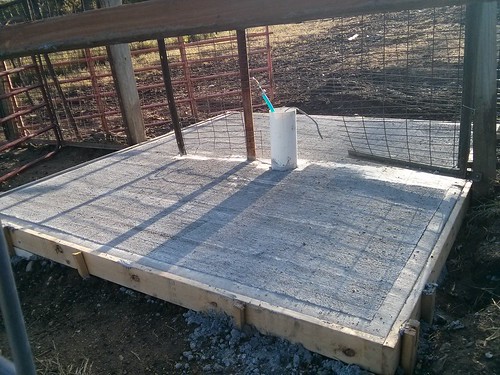 Not too bad. And I didn’t even have to trowel-out too many little piggy footprints.