After completely overhauling our new (old) Ritchey waterer, it was time to get it installed before the weather turns cold. 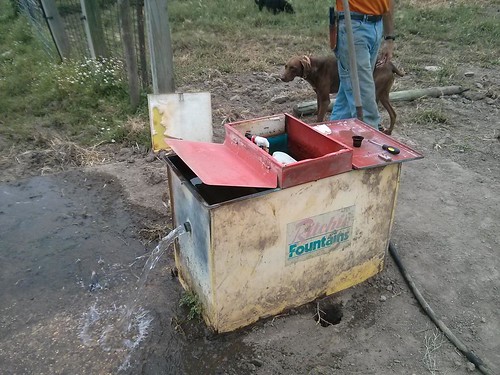 The old gate valve that supplies the waterer had long ago given up the ghost, so we had to shut off power to the well and drain the pressure tank. That meant that we had to work rather quickly, as the entire farm (and house) was without water until we got the valve replaced. 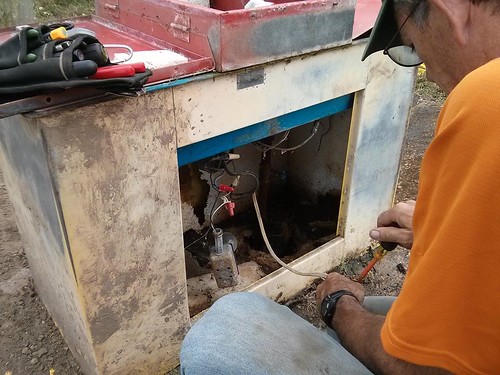 Fortunately, these waterers aren’t too complex, and it was all soon disconnected and ready to come off. 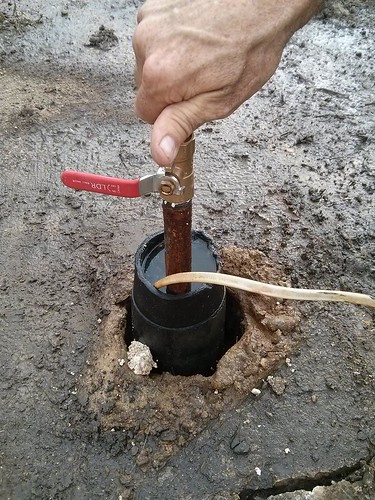 The new ball valve went on without a hitch, and water was restored to the rest of the farm and farm-house. Hooray for plumbing!

The new combination waterer made it’s entrance in the tractor bucket. 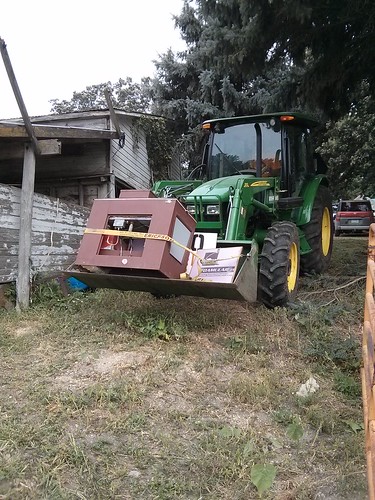 Lets face it, the combination waterer is heavy (it has two big heavy troughs inside it), and we’re just gonna let the tractor deal with the heavy stuff.

The new waterer went down without much trouble, but it did have to move North by a foot or so. Then there was the problem with it not being anywhere near level. And all those holes in the concrete… 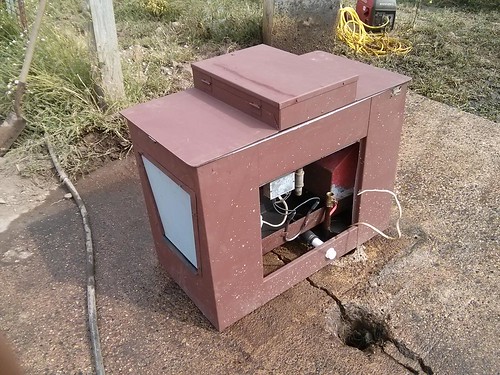 Luckily, a 2×4 under one edge of the waterer was all it needed to level out, and the holes could be filled in with a little bit of concrete and one new steel post. 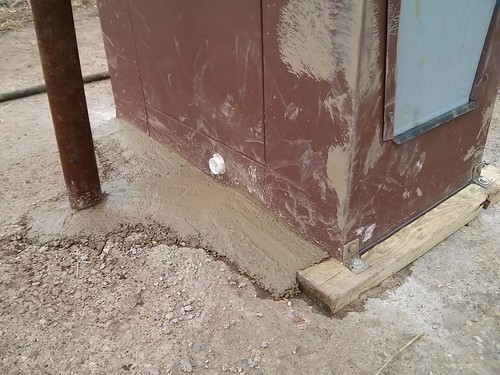 It did not take the pigs and cows long to come see what all the commotion was about. 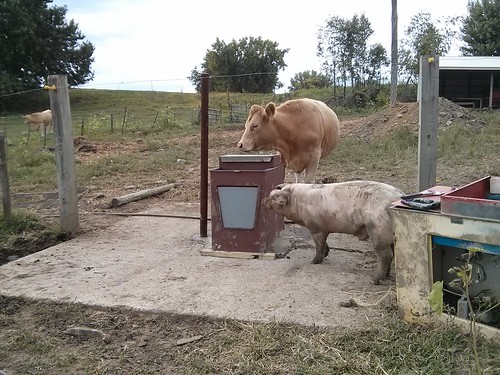 Unfortunately, the pigs didn’t take long to figure out that it’s great fun to root around in wet concrete.
Grrr…. 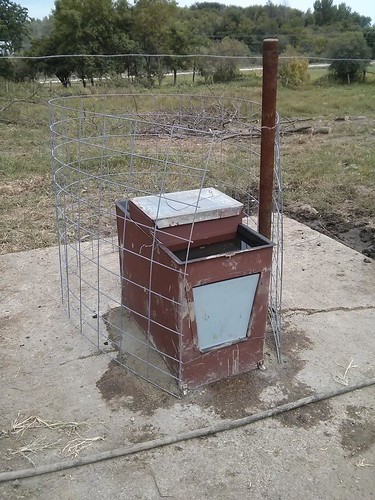 A cattle panel was quickly procured to keep the curious porcines at bay, at least until the concrete sets up.

A day later, and it seems like they’ve all got the hang of the new waterer.

Now to rebuild all that lot fence…