A few days back we had our first killing freeze of the fall. The garden, all but the cole-crops, promptly gave it up and died. For the animals, this means that there won’t be any new grass to munch on for the rest of the year.  The only thing left to eat is the 3-acre field that we planted in alfalfa earlier this year.

We cut the field once for hay, but we were hesitant to graze it until the first freeze.  It was a dry summer, which could have put our alfalfa in jeopardy of being killed off this winter if we grazed it too soon.

Now that the colder temps have put an end to it’s growth, it’s time that the cows have a shot at all this alfalfa-y goodness. 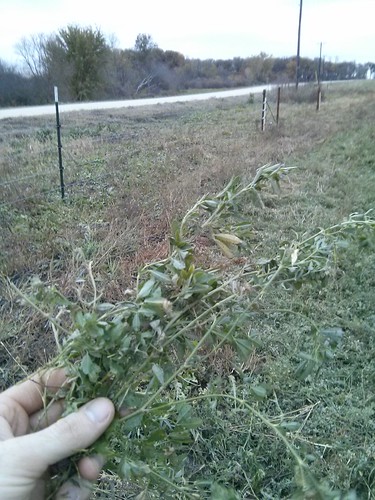 There was, of course, a problem. This particular field is fronted by our county road and was completely unfenced. A solid boundary fence was in order.

It took a few days, but after driving and welding up a few brace posts, we managed to get a 4-wire electric fence strung up along the road, a run of just a shade less than 1000 feet.
We’re trying something a little different with our steel fence posts. 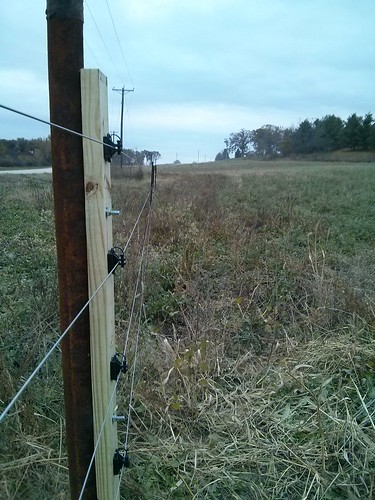 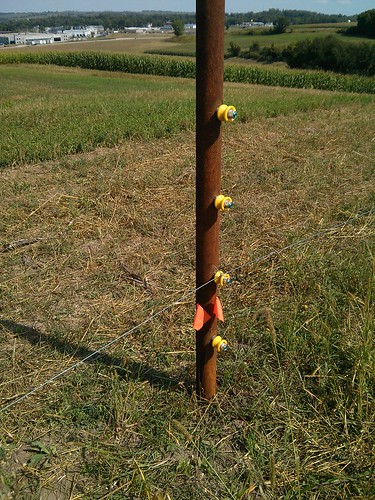 This one uses more bolts welded to the post, but with “donut” insulators on each of the bolts. We took a small piece of wire and tied the high-tensile fence wire to the donut insulator. This seems to work out particularly well in hilly areas where the wire naturally pulls up or down on a post, keeping it snug against the donut insulator.

In a few years we ought to have a pretty good idea of what insulator setup works the best.

Until then the cows will enjoy their last few weeks of munching on the green stuff. 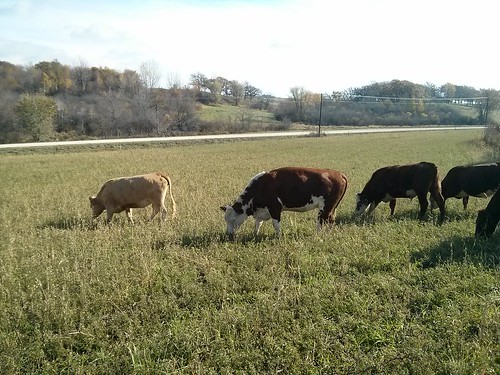 After the alfalfa’s all gone, they move on to a more expensive meal, hay.