So I’ve already built two bat houses, but I bought the materials to build another one.  A big one.

The two that I already built are fairly large, but once you’ve seen some of the truly huge bathouses, a little dinky one just won’t cut it. Apparently bats agree, as larger bat houses have higher occupancy rates than small bat houses. Makes sense for an animal that’s a colony-nester.

OK, so maybe the huge bat houses are a bit ambitious at the moment, but it’d be nice to make something a bit larger than the 4-chamber houses that I already have.

Of all the larger bathouses I’ve seen, I like the BatCan the best.

It’s PVC, so it’s pretty much indestructible. I like indestructible.
The problem is that 12″ PVC is pretty darn expensive. And hard to find.  I can’t recall ever having seen caps for 12″ PVC, and a quick google search sent me into sticker shock: $66 for a DVW cap, or $350 for a schedule 40 cap!  Ouch!

If only I could find something that’s large, impervious to moisture, easy to work with and preferably free. 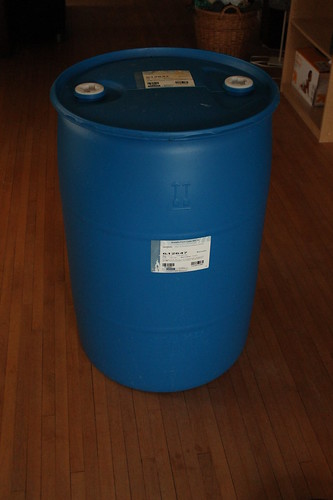