So it’s getting fairly hot here.

The summer has been pretty mild so far, but the next 3 days are all going to be in the nineties.

The pigs are not fans of the nineties. 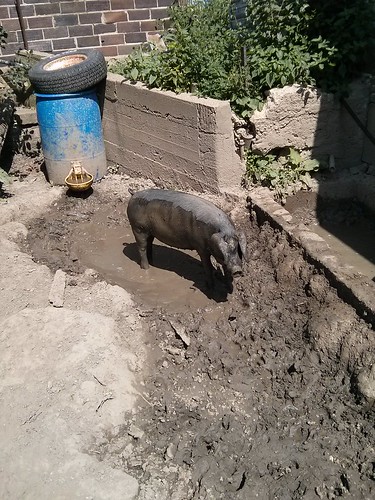 Trixie, like the other pigs, has taken up a new hobby: wallowing.
They wallow early in the day, then retire to the cool concrete floor of the barn. 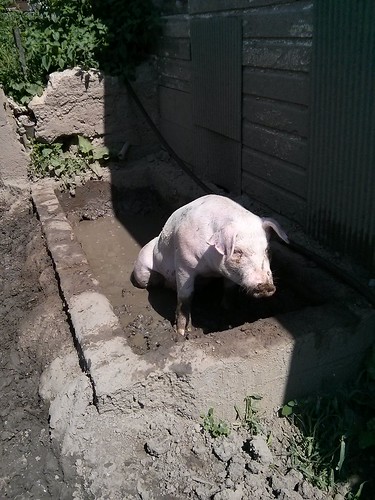 This old concrete water-trough seems to be their favorite spot to wallow. I’ve seen as many as 5 pigs crammed in that trough at once.
There is an old pipe that used to fill the tank from the now-defunct cistern. I’ve been keeping a few inches of water in the bottom of the trough. The pigs have gradually wallowed out quite a lot of the dirt that had filled the trough up to the top.
It’ll be interesting to see how far down it goes…