I’ve been very pleased to see a few bats flying around the farm after nightfall.

Bats, after all, eat plenty of insects which means that they’re welcome guests at Green Machine Farm.

For starters, I downloaded the 4-chamber nursery bathouse plans [PDF] from Bat Conservation International and got building.

Being a nursery house, it will hopefully help the bats reproduce more.  They’re going to need it with the threat of White Nose Syndrome hanging over their collective heads.  Bats don’t hibernate in Minnesota to my knowledge, especially in bat houses, so the bat houses shouldn’t be a place where WNS would be transmitted. 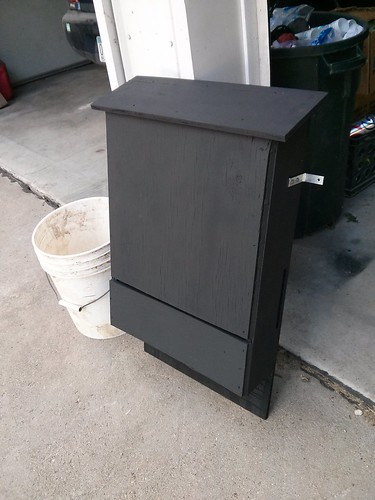 Once built and painted, up the ladder it went, to the south side of the barn.  There are only a few good sites to place bat houses on our farm buildings, as there aren’t that many South-facing walls. 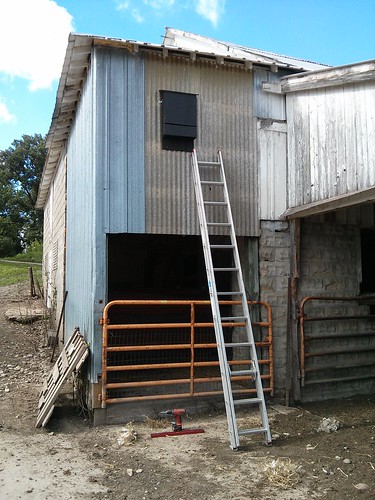 While I was up there, I did notice some funky business going on under the eaves: Sparrow nests. 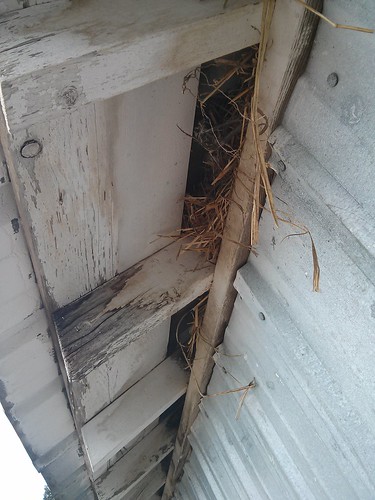 As previously noted, I don’t exactly like sparrows. Invasive species and all that…
So they needed to be shut down. Tearing out the nests is easy enough, but how exactly to prevent them from nesting there again? 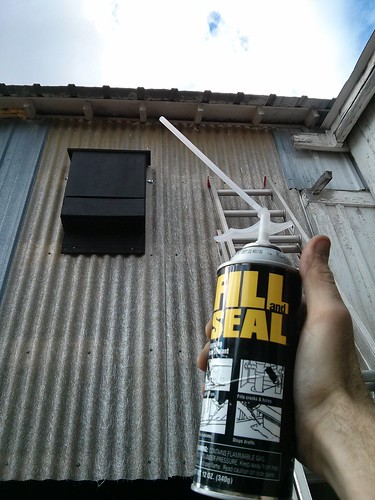 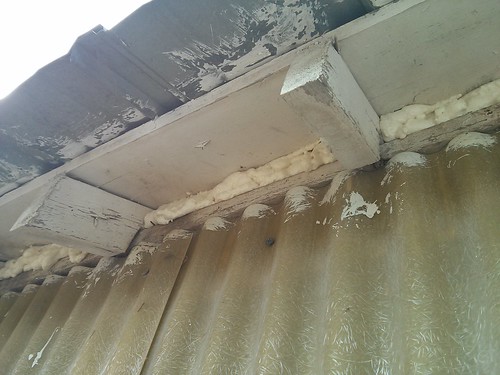 Now it’s just a matter of waiting for the bats to move in.