I’ll say one thing for the Turkeys, they are occasionally entertaining.

Like this little fight that broke out the other day.  Five minutes of Toms grabbing each other by the wattle and neck-wrestling. 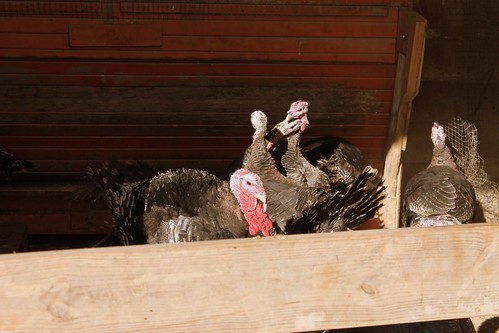 They don’t actually fight much these days, they got most of the fighting out of their system in October when we transitioned them from pasture pens to free-range.  All the toms had to establish their pecking-order amongst all the unfamiliar turkeys that they were now hanging around with.

Thanksgiving is drawing near, and soon the turkey fights will end.