The water in the scalder was heating up.  The water was on, the plucker was ready, the knives, bags and scale were laid out on the table.  I woke up early to eat breakfast and feed the pigs before we started butchering the Turkeys on Thursday before all our customers started coming over to pick them up at Noon.

I headed to the barn with a bucket of feed for the pregnant pigs, and that’s when I noticed something odd. 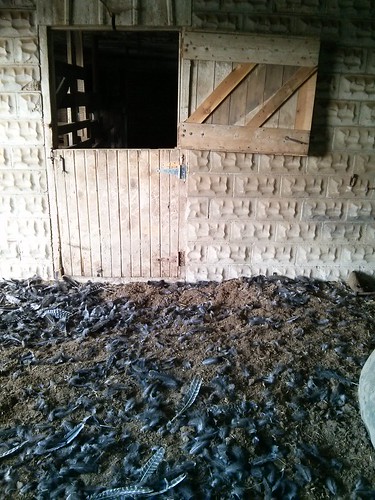 A quick peek in confirmed my suspicions.
Dead turkeys.
And two dogs that were pretty sure they were going to be in trouble. 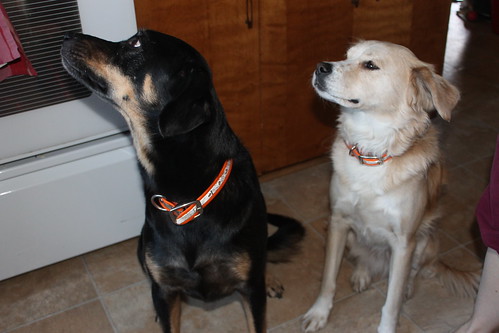 In spite of their innocent faces, they were right, they were in trouble.

I went through all the turkeys, and though not all of them were dead, they’d all been chewed on to a significant extent. We put the still-living ones out of their misery and buried them all out in the field.

Customers were all called and notified that they would need to procure their Thanksgiving dinner elsewhere, and we’d be sending their deposits back in the mail.

My sisters’ dogs each received a new restriction on their license.

We then praised the decision to butcher a few turkeys Wednesday afternoon to get all the kinks worked out of our butchering setup.

At least we have something to go in the oven on Thanksgiving day! 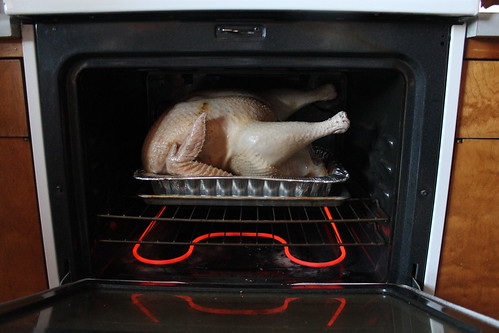 We have turkey, and we are thankful.