I just finished reading “Life Everlasting: The Animal Way of Death” by Bernd Heinrich and found it to be quite interesting.  The book is mainly about the “undertakers” of the animal world, vultures, ravens, carrion beetles, and so on.  I have a lot of fun reading a book by a deeply knowledgable author like Bernd Heinrich because I so often get sidetracked by really interesting things that are only given a mention in passing.

In the book there were a few things that grabbed my attention, leading to hours of additional reading on Wikipedia.

Ever heard of a Giant Ichneumon Wasp?  Or seen one in action?  It’s pretty amazing stuff.

Anyway, one bit that really caught my eye centered on the plight of the white-rumped vulture. The white-rumped vulture isn’t exactly a pretty bird, but it was a pretty important scavenger.  In fact, it may have been the most important (and certainly the most populous) scavenger bird in the entire Asian continent.

Fast forward 20 years, and the white-rumped vulture population has been decimated.  Only about 0.1% of their original population is alive today, earning them a “critically endangered” spot on the endangered species list.

What killed off the other 99.9% of the vultures? 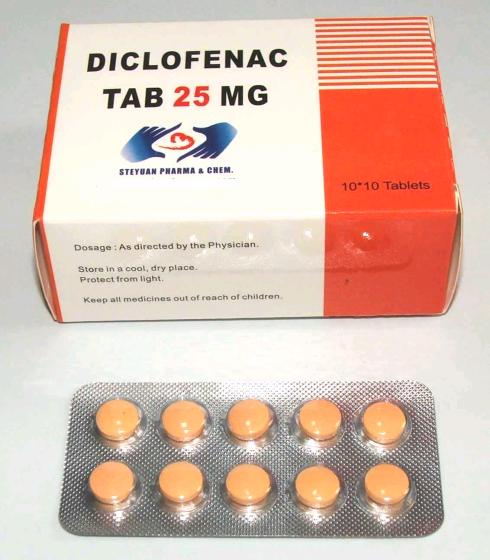 Diclofenac is an NSAID pain/fever reducer, much like Aspirin or Ibuprofen.  Diclofenac isn’t really a problem when it’s used by humans, because as luck would have it, not many people get eaten by vultures these days, Parsi’s notwithstanding.

But in Asia, Diclofenac started to be used in cattle.

When you’re a small farmer in Asia (as most farmers are) you don’t have much land to work with.  That makes it hard to support many cattle on your land, making each cow you have that much more valuable.  If your cow represents such a huge chunk of your net worth, it makes sense to treat it with pain medication if it’s having a rough time delivering a calf or getting lame in one foot.  That $1 spent on a drug like Diclofenac might just keep your cow alive, and keep you out of the poor house.

Unfortunately for the vultures, eating even tiny amounts of Diclofenac-tainted meat causes them to go into kidney-failure and die.  If as few as 1 in 720 cow carcasses are tainted with Diclofenac, the vulture population declines.

“So what?” you might say.  Vultures are kind of icky anyway, what’s the big deal if some of them die off?

Well, vultures turn out to be pretty important.  They have a real knack for disposing of carcasses, again, just ask the Parsi’s.

So when 99.9% of the vultures in a given area suddenly die, the carcasses really start to pile up.  Surely hundreds of wild animals and livestock die every day in a given area.  So what if no one or nothing is around to get rid of those remains?

Turns out, other animals step into the scavenger role.  Feral dogs for starters.  And with feral dogs comes rabies.  Is it any wonder that there are headlines like “Millions of stray dogs terrorize India.”?

And the dogs aren’t alone either.

A crafty predator like the Leopard would love to snack on a few feral dogs.  But a Leopard can’t live on dogs alone, they gotta have a little variety too!  So the leopards just snack on a few people here and there.

Diclofenac has since been banned for livestock use in India (it’s long been banned in the US).  And there are a few big efforts underway to repopulate the White-Rumped Vulture.

So while Diclofenac poisoning might stand as one of the worst ecological disasters in recent history, but at least people are starting to repair the damage.

But it does make me think twice about the potential effects of other chemicals that we use here in the US, like Rodenticides.