As much as I wanted to like the new Mega-Waterer 2.0, it was giving me problems.

Despite my best efforts, the freezing continued to be a problem.

The first (and likely most important) step in mitigating this problem was to move the waterer away from the windows and doors.  This makes filling it a bit more of a pain, but it’s not so bad when you’ve got a new fancy filler thingie.  Windows and doors are convenient for filling, but they have a nasty tendency to let a lot of cold air in, especially in a drafty chicken coop.

Then there were the hardware updates: 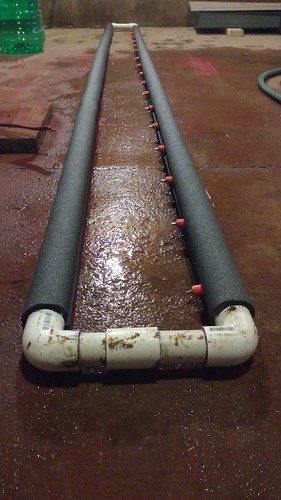 The body of the waterer assembly all got a nice layer of foam insulation. 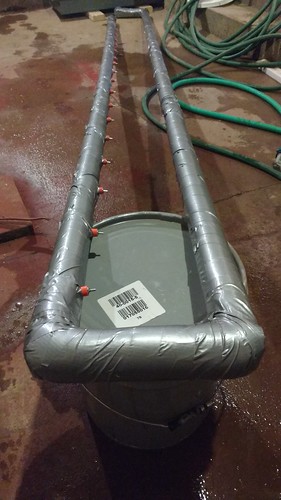 Followed by a few layers of duct tape.  As I have found out the hard way, chickens will absolutely destroy any unprotected insulation in approximately 2.4 seconds.  Any visible insulation is history, so apply duct tape liberally. 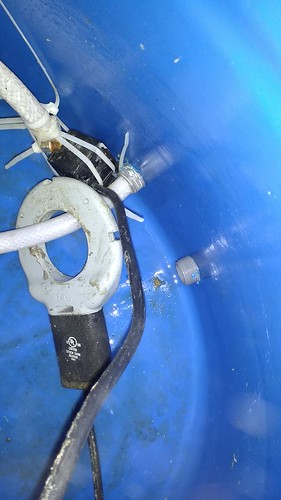 Inside the reservoir a few reliability improvements were made as well.  The water pump was secured to the hose with an excessive number of zip-ties.  The other end of the hose was secured to it’s fitting with a screw.  Without all the extra fasteners the whole thing tended to disassemble itself at inopportune times.