Well it looks like we may actually get some rain this evening or tomorrow.  The weather report says 30%-40% chance, and that’s as good as it’s been in quite some time.  Data from the University of Missouri shows that we got around 2″ of rain in June, leaving us 3.5″ short of the average (and that’s just for the month of June!)

Take into account that we only got about 1/2″ of rain in all of July and we’re in pretty bad shape. So in case you were wondering, here’s what a drought-stricken pasture looks like. 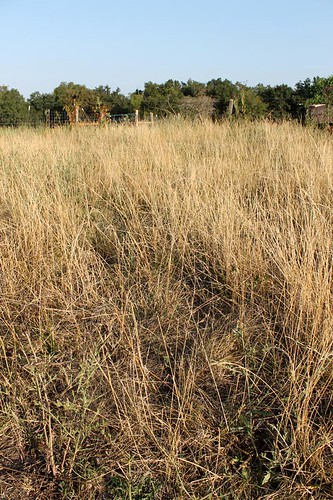 And that’s what the tall stuff looks like. No green in sight. Most of the pastures are quite a bit shorter as they’ve been grazed more. Here’s Cinco showing off some pretty typical looking pasture. 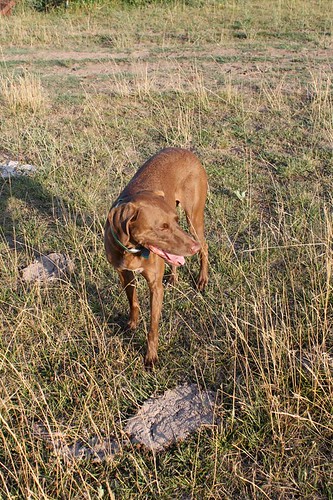 The fescue (a dominant forage around these parts) went dormant in late May when the temps started getting up over 90 degrees. Tall fescue is a cool-season grass, and that means what when the weather heats up, it pretty much shuts down. When it cools back off again, the fescue will perk back up and grow some more, provided we get a little rain.

The dormant fescue pasture gets really scary when you find the areas with the poorer clay soils. The higher the clay content, the more contraction there is as the soil dries out.
When you see the 1″ wide cracks, you know you’re there. 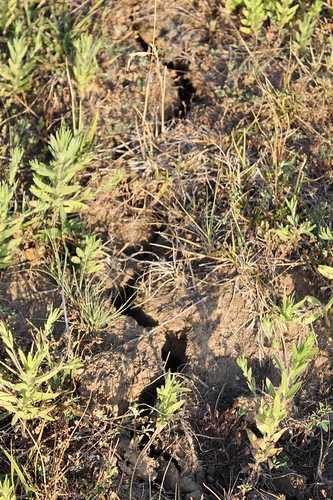 Up on top of the hill things look quite a bit better. The soil up there is pretty good, this ground was cropped until it went into CRP about a year ago. Since it was in CRP, it wasn’t grazed at all until only 10 days ago when the NRCS implemented some “emergency” measures. It was also seeded in a legume-heavy mix, and the legumes seem to be holding their moisture better than the grasses. 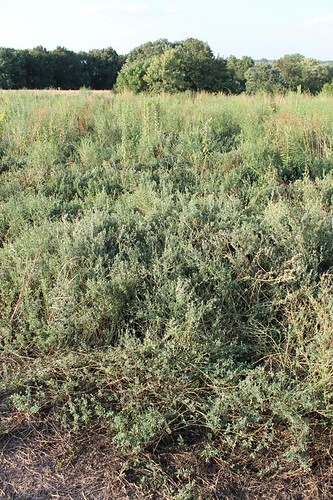 The cows appreciate all the new alfalfa.
Nom nom nom. 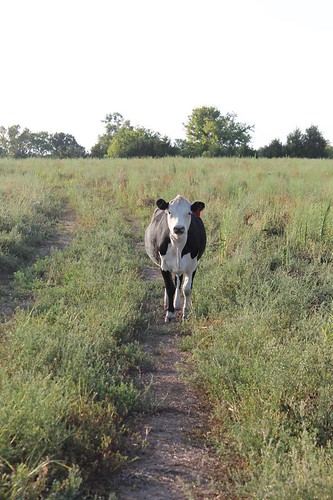 Like I said, the grasses aren’t looking so good.
Exhibit A: Orchard Grass. 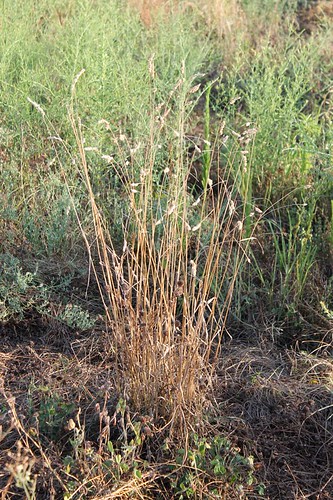 Exhibit B: Timothy (all the brown stuff around the bottom was some early variety of clover) 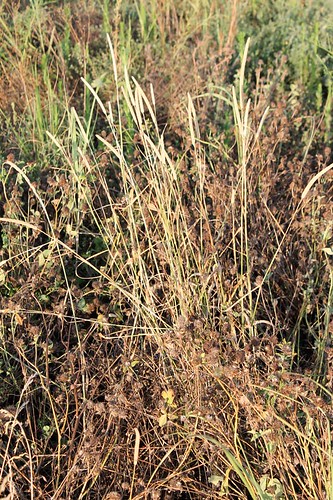 And finally, we get back to the farthest field which was cut for a meager amount of hay back in mid-June. Like every other hay-field in the area, nothing has grown back at all except for the red-clover. Even that has only grown back about 8″ or so. (pocketknife pictured for scale) 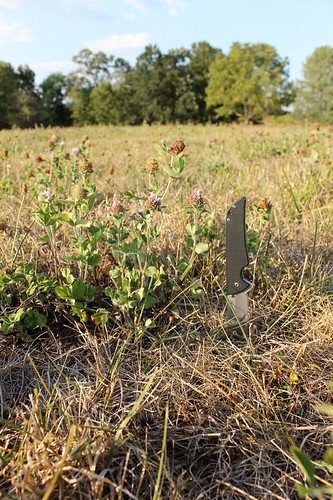 While driving around, you can easily spot any field that was cut for hay. Just look for the fields that look to be populated only by red clover and wild carrot (queen anne’s lace).