I see plenty of trucks driving around with hay trailers in tow.

I like our hay trailer best, mainly because it’s also a flatbed trailer.  Just bolt on the three pipe racks that dad welded up, and you’ve got a hay trailer. 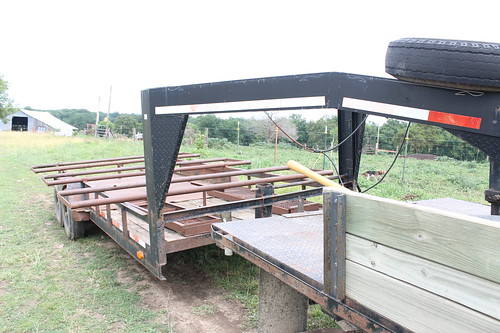 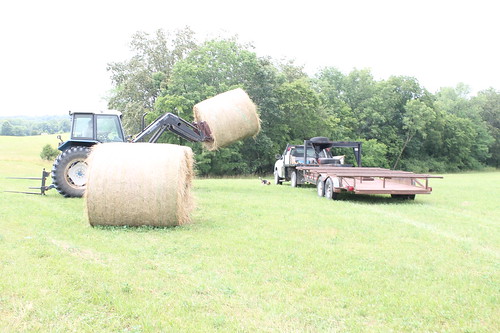 And load some more hay… 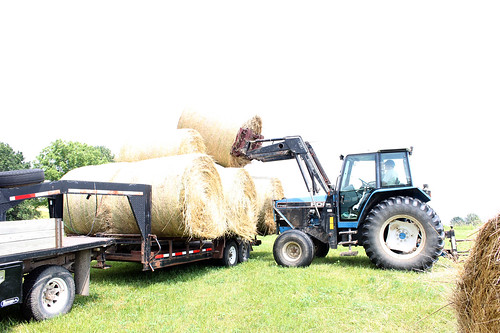 It can get rather tricky pulling that much weight with a 2 wheel-drive truck, but Cinco is an expert driver. 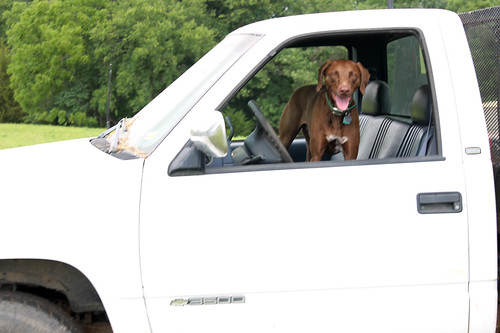 Hank just waits for the tractor to come ’round, then begs a ride in the air-conditioned cab. 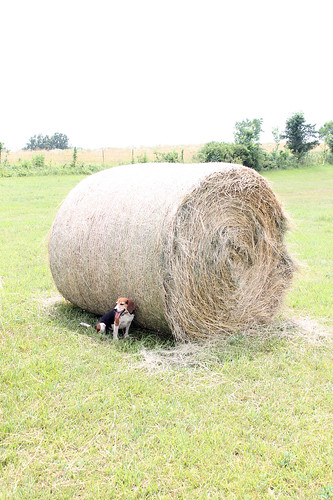 The tree swallows in the back field are multiplying rapidly. The five young ones from the last brood were watching us from the fence. 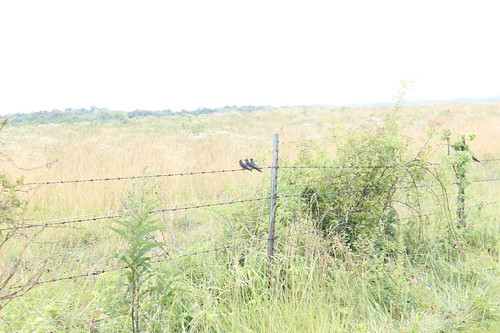 Meanwhile the adults were hanging out back at the nest, presumably getting ready to start the second brood of the year.
Tree Swallow nests are pretty easy to discern. About an inch and a half of grass with white feathers on top. 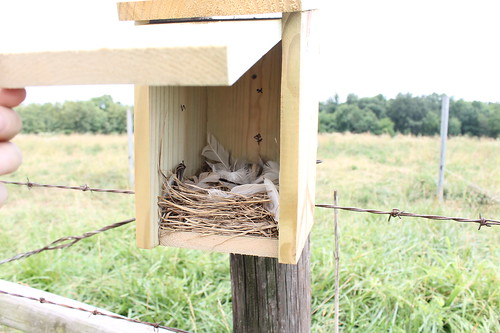 The Alfalfa in the CRP field looks a bit far gone. 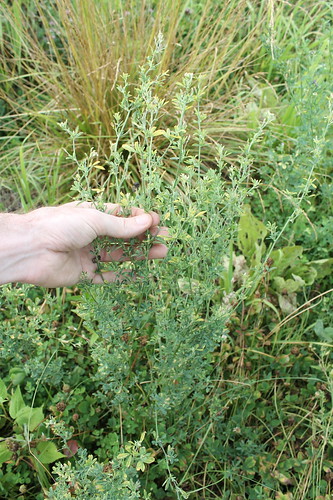 But the Red Clover is holding up like a champ. 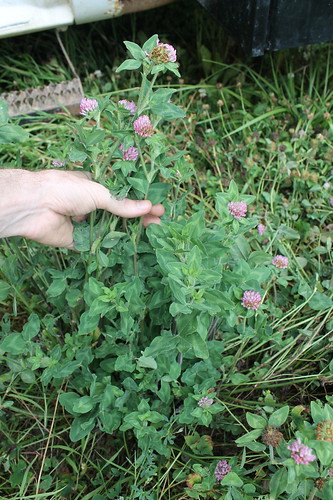