An Eggmobile has been on my to-do list for a while now.  Don’t get me wrong, having a dedicated building for a chicken coop is fantastic, especially during the Minnesota winter.  But a stationary chicken coop isn’t without it’s drawbacks.  If the chickens are going to run around outside of the coop then you’re going to have an awfully hard time getting anything green to grow within 100′ of the coop.  Given sufficient numbers & concentration, chickens are masters of scratching any and all plant-matter straight out of the ground. 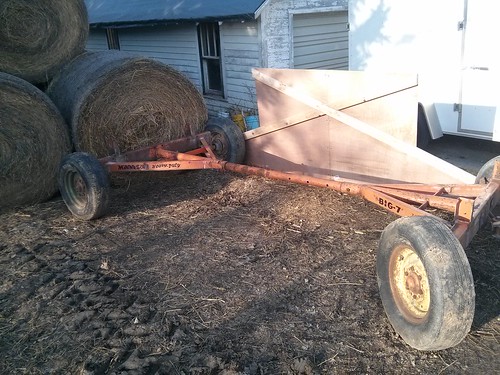 Any good eggmobile needs a good base to start things off, and I picked up this Minnesota running gear off Craigslist last fall for just this purpose. 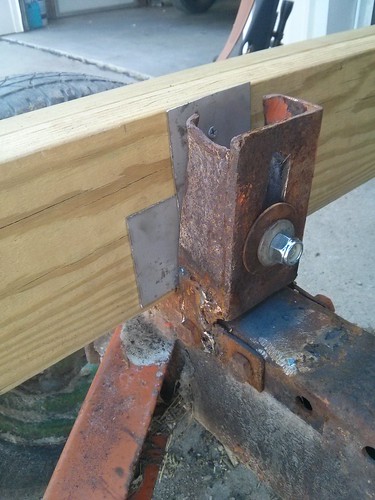 After extending out the frame to the maximum size, the brackets needed a little bit of attention. After a little bit of welding to reinforce the rear brackets, their two mounting holes were joined with a pair of paralell cuts to produce a nice 3″ long slot for the bolt to slide around in.

This ought to give the whole arrangement a little flex, letting the top “coop” part be slightly independent of the running gear. I’m afraid that, if rigidly mounted, the coop would flex too much going over undulating terrain (which we have plenty of). 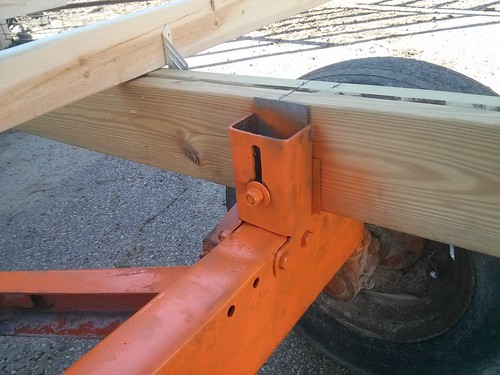 Some paint really helps it all look a little better. 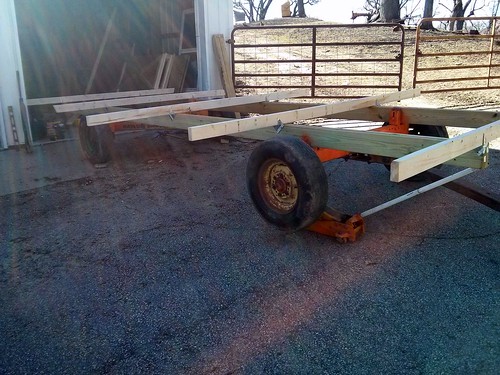 The jack holds it all relatively level while it’s being built. The main “rails” are each made of a pair of 2×6’s that are 20′ long. The cross-beams are 2×4’s that are 10′ long, held on with the help of hurricane straps. The total footprint will therefore be 10’x20′. 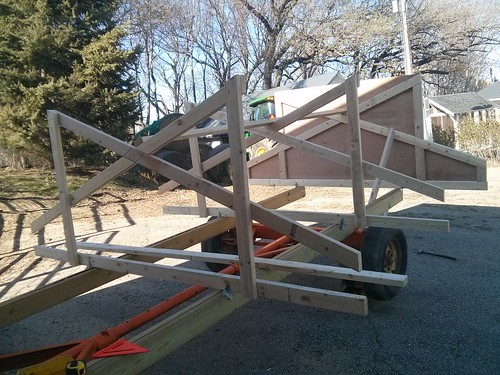 The scissor trusses go up next, and will support the inner workings of the whole coop, from the roost bars in the middle, to the nest boxes on each end.

More to come as construction progresses…