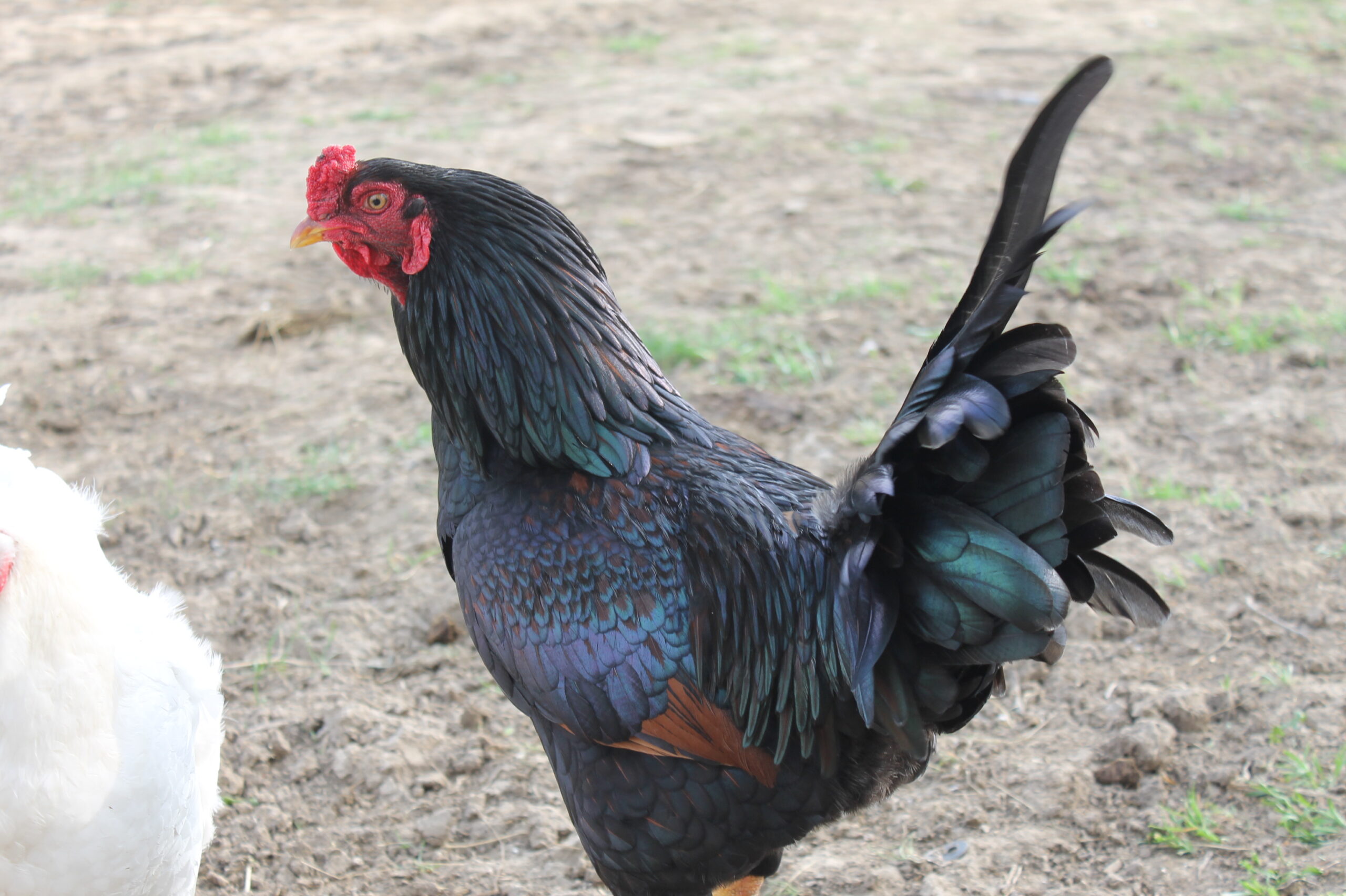 When the chicks first arrived I was in a bit of a hurry.

I dropped by the local feed store and picked up a 50# bag of their chick starter and called it a day.  Only later, after setting the feed out for the chicks did I take the time to read the tag.  It’s a nice 18% protein starter, but it’s chock full of Aureomycin. Great, antibiotics are definitely something that I want to stay away from in animal feed.

So a few days later I called them up and asked if they had any unmedicated chick starter.  No dice.  Although they do have a 20% protein Duck and Goose starter that ought to work.
Sounds good to me.

I swung by and picked up 200# of unmedicated Duck and Goose starter for the chicks.  They’ve gone through two bags of the stuff, and only now have I bothered to thoroughly read the label.  Just the usual stuff, corn, soy, and…animal protein meal!  Yuck!  What kind of animal does that come from?  No telling, not good.

Fool me once, shame on you.

Well, point is, you won’t fool me again.

I’m pretty disappointed with the selection from the local feed-store thus far, most all of their feed is from US Feeds in Iowa.  I still want to go back and double check to see if they have any other feed that would suit, but I’m not holding my breath or anything.  Too bad, because having reasonably priced feed only 2 miles from my front door is a darn convenient thing.

There is another feed store in Pine Island, about 5 miles away, and several in Rochester, a 25 mile drive. I already looked at a few places in Rochester, and while they have suitable feed, it’s more expensive at the locally-owned place, and I’m not that fond of patronizing big chains like Fleet Farm if I don’t have to.