The DJ on the radio said that today was the first day of summer.  I think he’s pulling my chain. We just got started with the whole spring thing didn’t we?

What exactly have we been up to this spring anyway?  It seems as if we’ve been too busy to recount exactly what’s been going on.

We got our first crop of hay in from the alfalfa pasture we planted last year.  It looks like we won’t get much grazing out of the alfalfa this year, as some fellas with bulldozers are fixing to build a driveway through the middle of it in a few days.  The driveway is going to my parents building site, which should have a house on it by the end of summer. 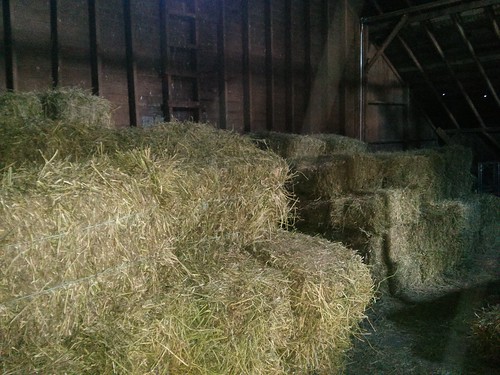 We got 200+ small square bales of nice looking alfalfa hay out of the deal, so it’s not all bad news.  We were lucky to get it all baled and hauled in before the week of torrential rain that left our part of the state a flood-stricken mess.  Thankfully, the extreme hilliness of our farm negates the possibility of flood-related problems.

The chickens seem to be slowing down a smidge on the egg-laying. By that I mean we’re only getting 6-7 dozen eggs per day instead of the 8 dozen/day we were getting earlier this spring. It’s still quite a few eggs, and that means plenty of weird eggs, like this one that has no shell. 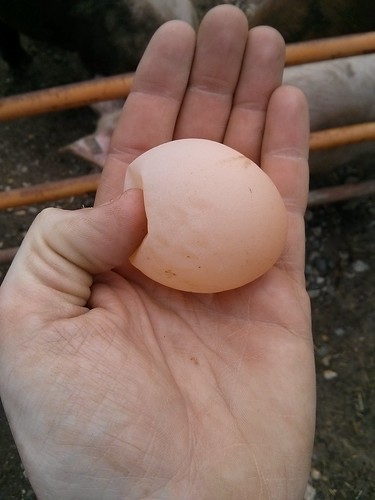 Squishy egg. It’s all fun and games until it’s squished a little bit too hard. The pigs are waiting just behind the gate for a chance to squish the egg and have a little feast. 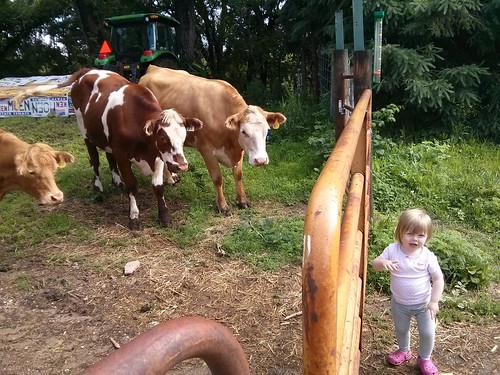 Ada is keeping everyone on their toes this spring, including the cows. 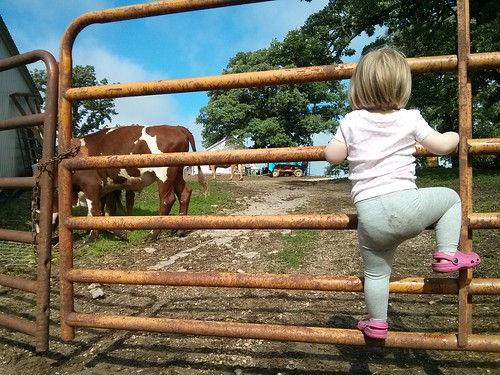 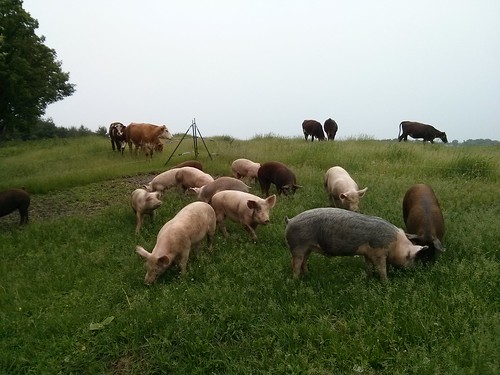 The pigs ignore all of the hullabaloo, wandering out in a big group to graze, until one of them (inevitably) gets a little too friendly with the electric fence. There is a sudden squeal, and a stampede of pigs rushes back to the barn for a while.