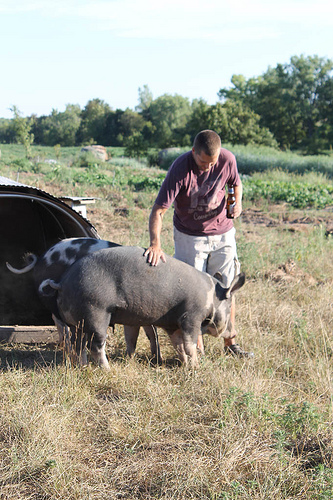 I headed out to Bill and Brittany Sullivan’s farm last Sunday afternoon for the August Young Farmers Potluck.

Bill and Brittany live about 10 miles outside of Fayette on a smidge over 20 acres. 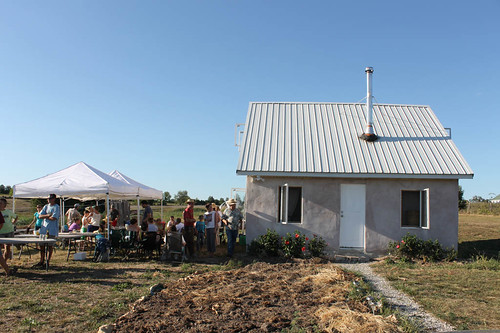 Bill and Brittany’s farmhouse is a super-efficient straw-bale house that they built themselves just a few years back. Here’s the thing about the Sullivans: I’ve seen several farmers who don’t own a tractor, but the Sullivans put them to shame. They don’t have a tractor, truck, tiller or any other gas-powered equipment (at least that I saw).
But who needs all that equipment when you’ve got a guy like Bill around? My back hurts just listening to him talk about all the work he’s done by hand around his farm.

We all walked around and got a feel for the permaculture system that the Sullivans have developed on their farm. First up are the raised garden beds, which are build on contour. 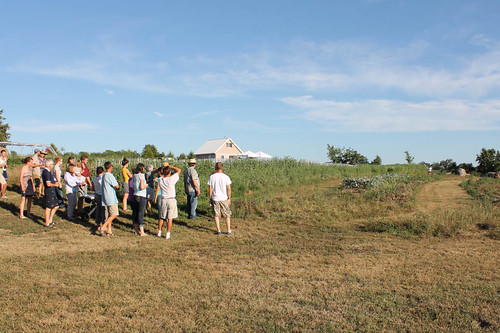 Building on countour allows Bill to water the beds by placing a hose from the pond on the upper side of each bed, and letting the water slowly soak through the bed as it works it’s way downhill. 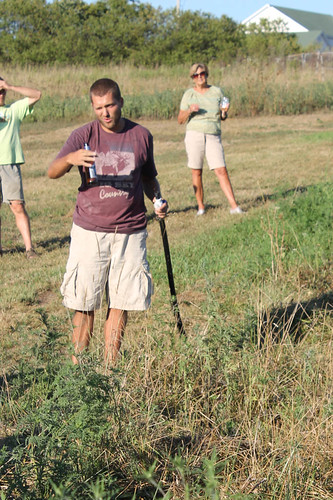 The Sullivans also don’t till their garden beds. They may look a bit weedy, but they say it helps keep in the soil moisture, which is quite a challenge this year. 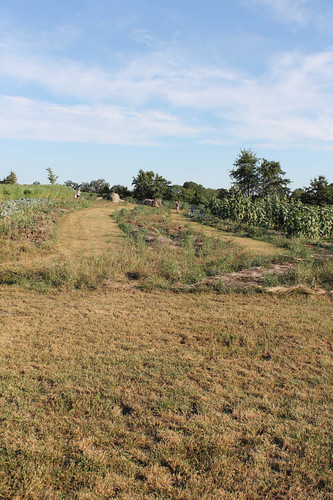 It looked like they also spent quite a bit of time thinking about companion planting. This year they were experimenting with Sunflowers, Squash and Melons planted together. The Sunflowers keep the squash and melons from getting sunburnt, while the sunflowers provide a bit of extra feed for the goat, pigs and chickens at the end of the season. 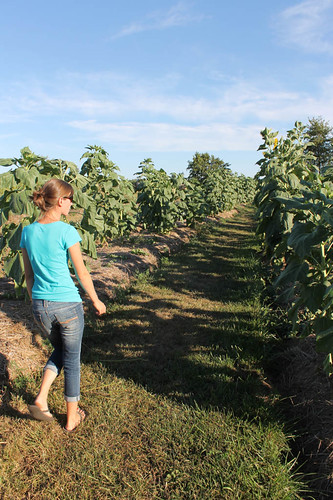 In addition to the vegetables, the Sullivans have started a bit of a livestock habit. When we first came in we passed Ivory, the milk goat. Ivory has been tasked with the unenviable task of cleaning up the overgrown fence along the road. 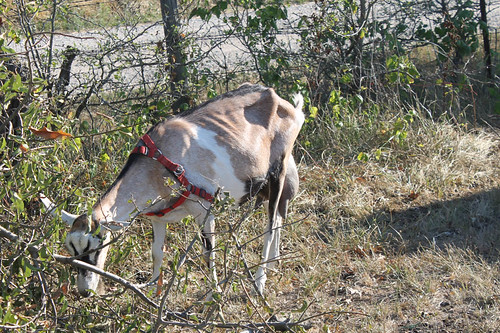 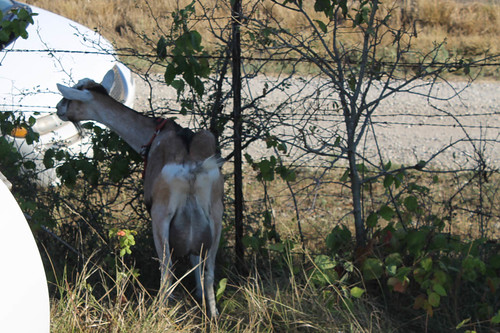 Behind the house are the newest additions (to the farm, and to Bill’s fan-club). These 5 are Berkshire gilts that Bill bought as weaned piglets not too long ago. 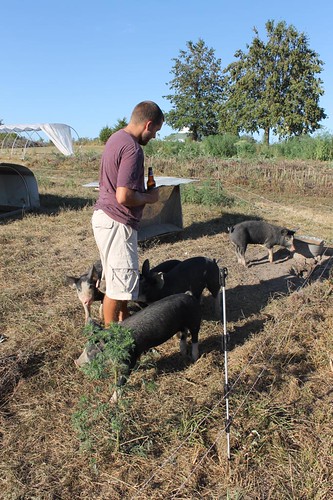 Further back, are the bigger gals, a Berkshire and a spotted China who are just itching to get at the Berkshire boar Bill’s getting for them. 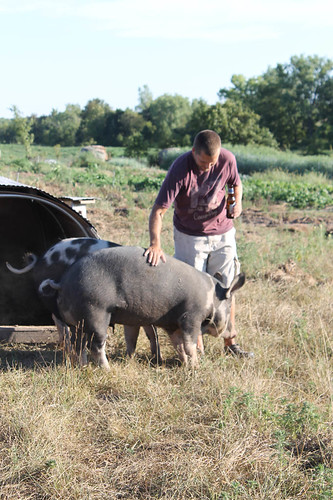 Bill showed off a lot of creative uses for EMT conduit on the tour. The pig shelters, hoop houses, tomato cages, and even the chicken run were made out of the stuff. Apparently there’s quite a lot you can do with just some conduit and a pipe-bender. 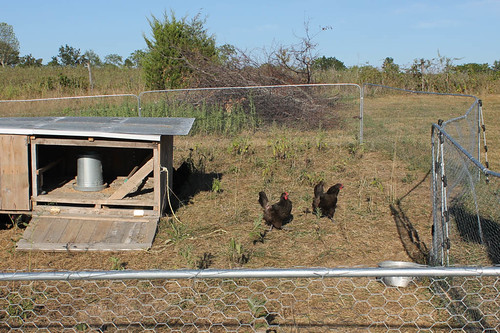 So there you have it. Sullivan Farms.
Having these kind of people here in Missouri is going to make it damn hard to move away to Minnesota.