This old Smidley calf feeder has been in the barn for quite some time.  Long enough that a raised concrete floor has been poured directly behind it, partially using the feeder as a form. It can basically be considered a permanent fixture. 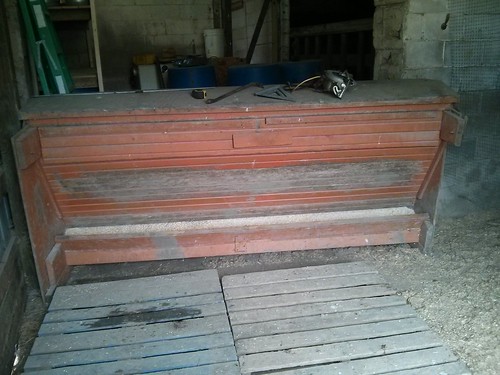 The farms previous owner must have used when he raised performance-tested Charolais bulls. It’s not very useful to us.  Our calves are out on pasture with their moms for the first year, and out on pasture with the other weaned calves for their second year. There’s not a lot of calf feeding going on.
But I do have some pigs…

We’ve transitioned off of the “sour corn” that we’ve been feeding the pigs. It’s fine for a few head, but next year we might just be up to our eyeballs (relatively speaking) in pigs, so it was time to switch to an easier feed.

We’re still using a mix of corn and roasted soybeans, but we just get it “rough rolled” from the feed mill, no soaking required. It works quite well in the old Smidley feeder with just one little problem.

The pigs are lower to the ground than calves, so they can’t get their heads into the feeder very easily.

Removing the big 4×6 runners from the bottom of the feeder helped a lot, but this big 2×7 lip on the front was still making it hard for the pigs. 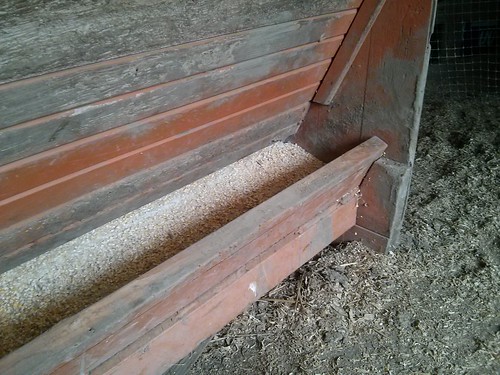 Measure, snap a line, and make a quick cut with the sawzall. 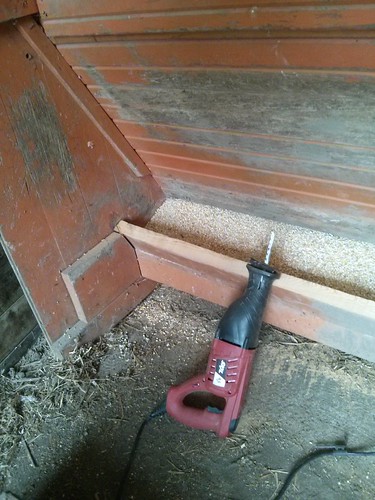 Then smooth out the rough edge with a jack plane. 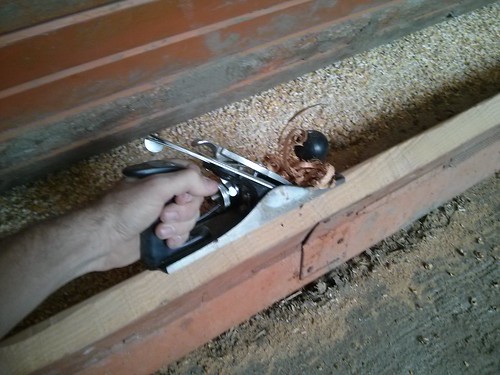 Add a few pallets in front of the feeder, and it’s dinnertime. 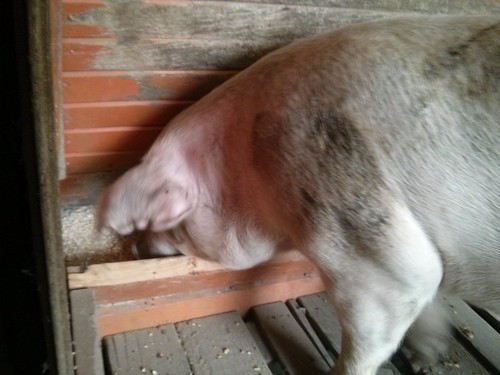