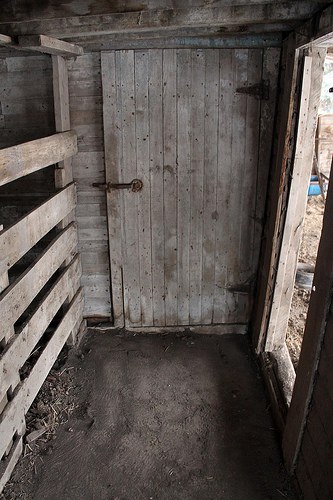 So I’ve been thinking pretty hard about getting some pigs.  The problem is don’t exactly have a place to put them right now.  There’s a small area of the barn that would hold pigs, but it doesn’t exactly have a great outdoor access, it opens to the big concrete slab that stretches back to the pole barn. If the idea is to let the pigs graze a bit, then they’ll have to have some grass.

That’s when I revisited the horse barn (or woodshed, whatever). 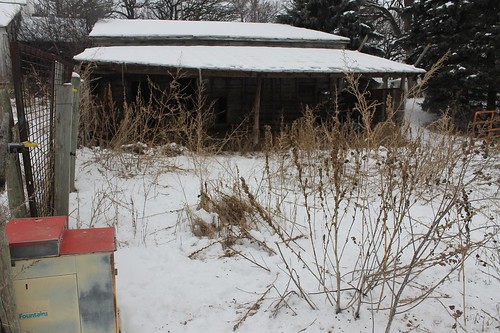 The lower side is open to pasture, with a nice overhang to keep the rain and snow out of the building. That ought to keep the bedding drier, which I hear is pretty important to keeping pigs comfortable. 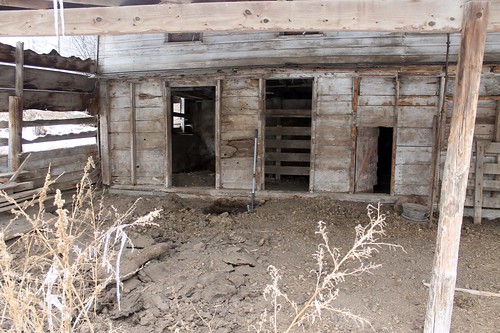 The lower level is divided into two rooms, each with their own man-sized door and smaller animal door. Looks about like a pig-sized door to me.

Curious if anything was underneath the mounds of horse poop under the lean-to, I grabbed a shovel and started digging. 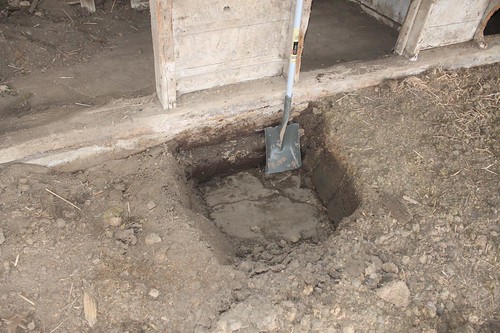 Sure enough, I hit concrete about a foot down. That’s going to make some awesome garden fertilizer once I get it all shoveled out of there.

One of the two rooms is pretty much open to the driveway on account of a large missing door. 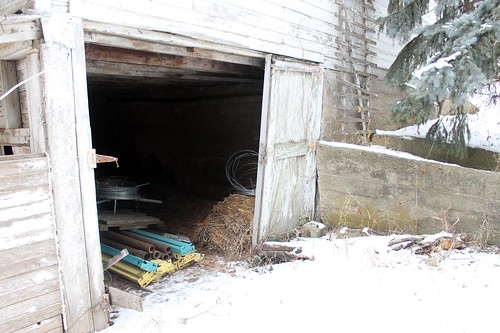 We’re currently storing all our fencing supplies in there. 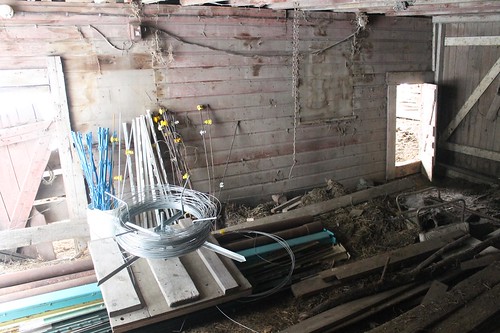 Add to that all the old lumber piled on the floor, and the hopefully unoccupied hole, it looks like this room is out of the running for the moment. 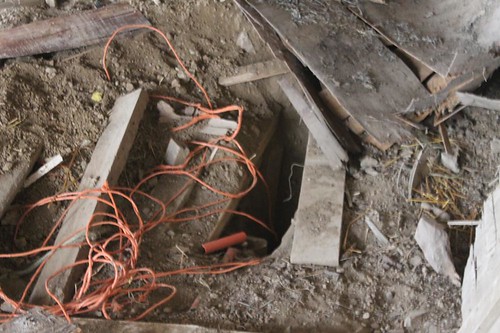 Oh well, I only need one room right now for a couple of feeder pigs.  I’ll have some time before I get a sow and boar, which will make a second room neccessary. 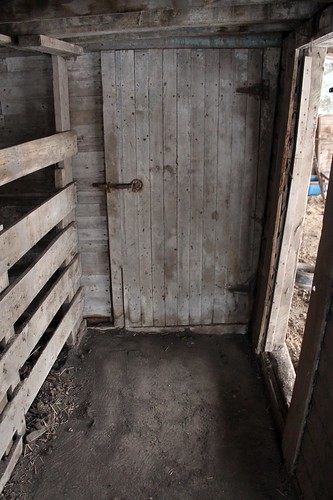 There’s a door that opens to the other room, which is nice. I did notice that the door is not square to the wall on the hinge side. I had noticed much earlier that the lower wall is leaning out by several degrees, which could be a big problem if it indicates that the building is unstable. But with the door having been trimmed out to cover the gap, it looks like the wall has been leaning for many years at the same angle. Stable, I like that. It’s not square, but as long as it’s not going anywhere, I can work with it.

Anyhow, there are three good walls and a (now clean) concrete floor in the second room. 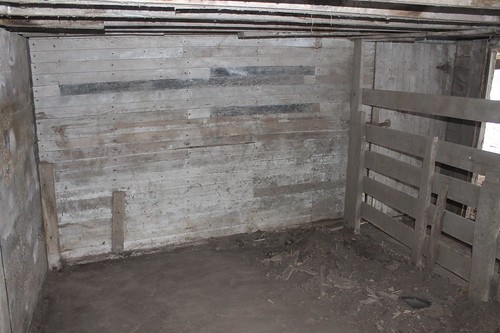 So that’s a good start, but the fourth wall is going to take a little bit of work. 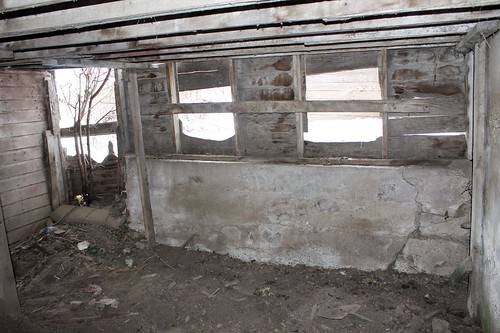 There are two “windows” cut into the wall above the concrete foundation and what used to be a door to the next lot at the back of the barn. The door is in a terrible place now that the barn has a lean-to addition that routes all the rainwater runoff and accompanying eroded soil right into the doorway. 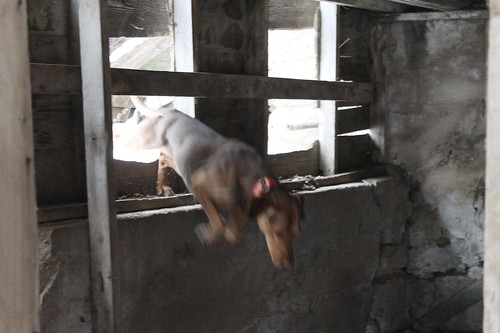 With all the holes, it won’t hold pigs right now. It sure won’t hold a dog.

So there’s a little work to do, but it should work out.  Hopefully it won’t take to long either, craigslist is tempting…