It doesn’t seem like it’s been over a week already, but time passes quickly on a farm this time of year. 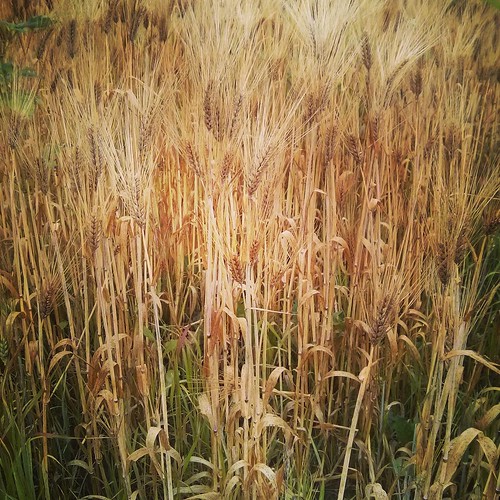 This is what the barley was looking like just a few days before harvest.   All kinds of awesome.   Then the guy on the swather showed up.  I’m not sure why, but the preferred method for harvest(here at least) seems to be swathing and then combining. 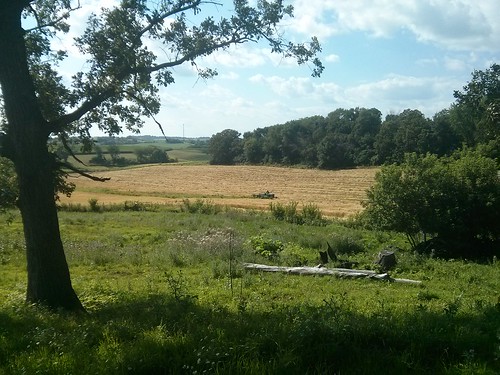 Once the combine arrives, it’s just a flurry of activity for the next several hours.
Load wagon with grain from combine, drive down the road to grain bin, park wagon in front of auger, hook tractor to auger, unload barley into bin, hook tractor back to wagon, drive back to combine, repeat. 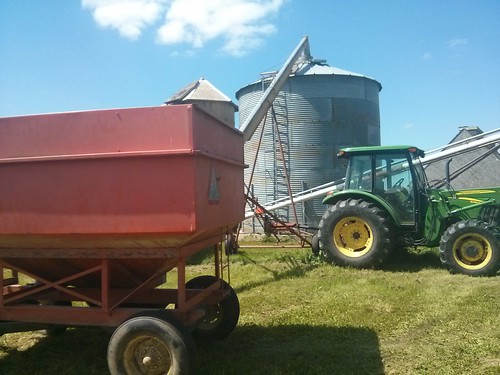 Once all the grain is in the bin, it’s time to do something with all the straw that’s leftover. 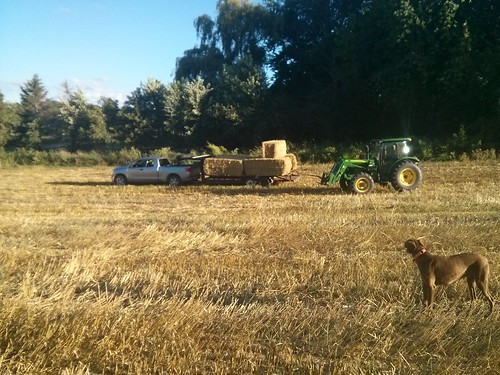 Rake, bale and haul it in to the barn. We ended up with 60 large square bales and 75 small square bales of straw. 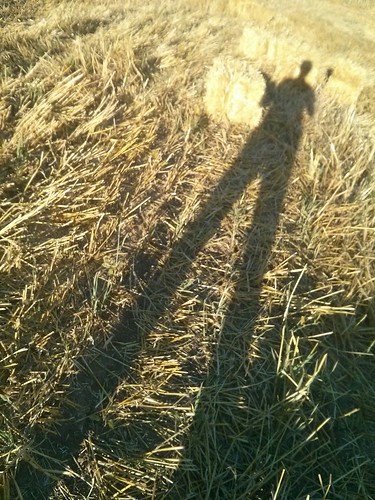 The bad news is that the DON (or more colorfully named; vomitoxin) is too high for pigs or brewing. Pigs and maltsters both need a DON level of 0.5ppm or lower. The good news is that we’ll have plenty of barley for the poultry. Poultry can take really high levels of DON in their feed, I’ve seen reports of 20-50ppm of DON without any adverse effects.