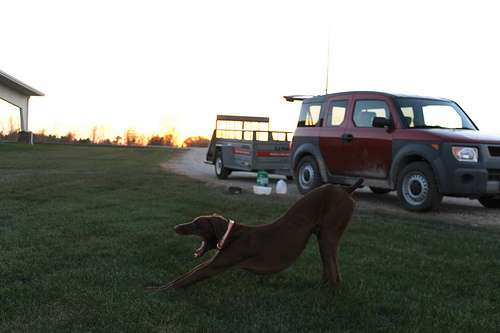 After a good nights sleep on Saturday night after the “Minnesota or Bust” festivities had concluded, I got on the road to Zumbrota.

I headed up with our two dogs in advance of the movers, to get the keys to the house and be ready for the moving crew at 8am.
We loaded up the car with dog-beds and a U-haul trailer hauling all the miscellaneous stuff the movers wouldn’t take (including the new woodstove) and headed up Highway 63. 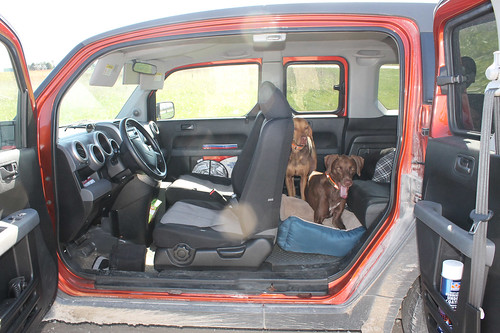 After fighting a spot of car trouble on Saturday, I finally had it fixed by Noon on Sunday, and the car was doing fine. The dogs, despite never having been on an 8 hour car-ride, did fine too.
We made sure to take a bit of time to stop and grab a bite to eat. 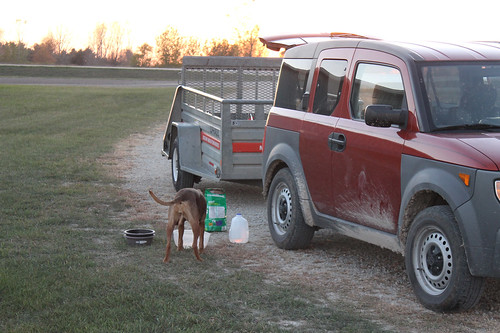 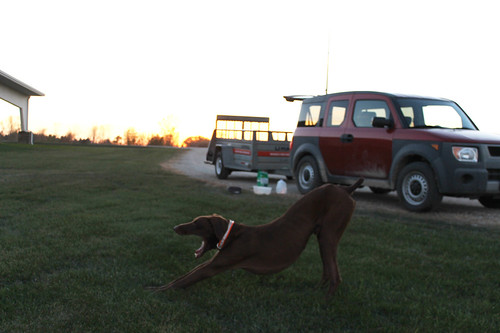 And chase some geese. 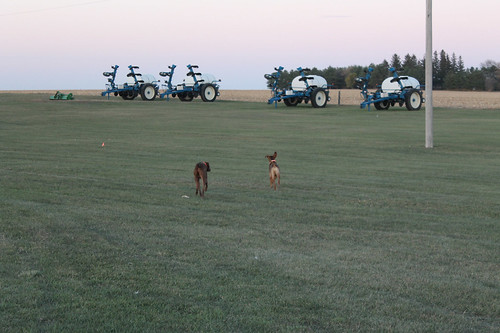 We finally arrived at around 7pm, and we unloaded the trailer and settled in for the night. The dogs had their dog beds, but I had to scrounge up something to sleep on. Turns out that you can make a passable bed with: a yoga mat, a towel, an infant crib mattress, a comforter, and a nursing pillow.
Who knew? 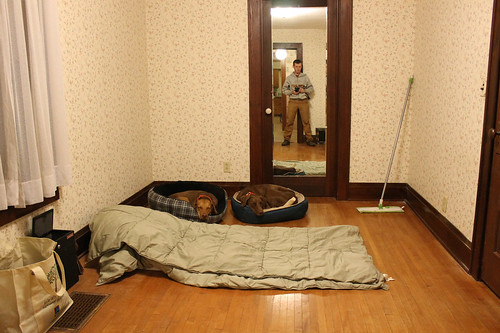 And first thing the Monday morning (OK, well, about 9:00) the cavalry arrived. 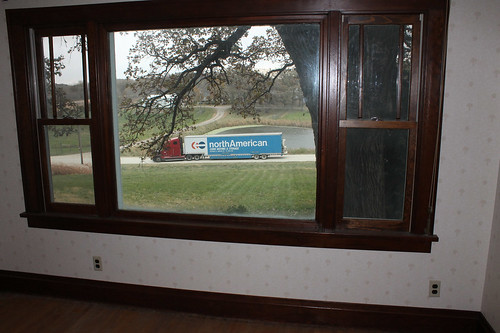