I went out for another walk around the farm today….

These walks are getting pretty frequent thanks to a certian 2-month-old who seems to think that she has no need for a nap. She resists the wiles of the bouncy seat, she scoffs at the calming-action of the swing.  She is learning to overcome the sleep-inducing power of a car-ride.   But she has no power over a walk.
Strap the little girl in the Ergo-carrier-thingamajig, take but a few steps, and she’s as good as asleep. 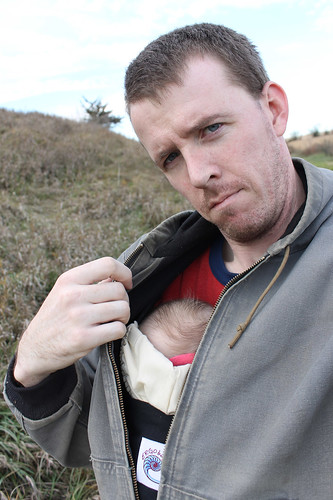 Of course it looks like some big fat guy is walking around the farm, but hey, whatever gets the baby to sleep….

Anyhow, we headed to the back NW corner of the farm today, past an old treestand on the fenceline. 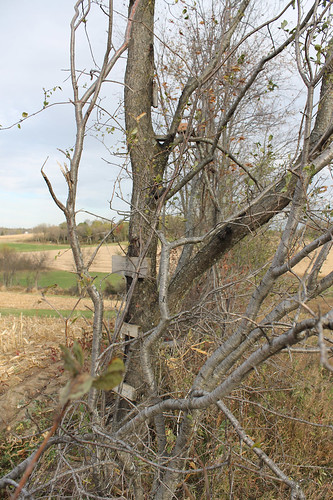 And up to the top of the hill, one of the tallest hills around, to get a view of the whole town of Zumbrota. 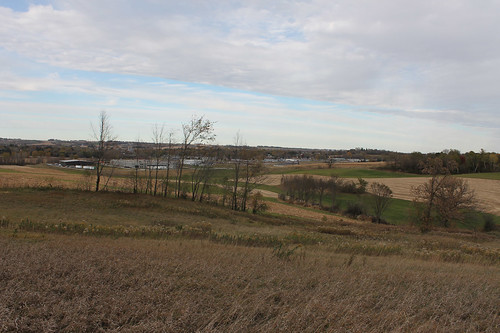 It’s a bit strange being on a farm that’s this close to town. Given, there are plenty of farms in the same relative proximity, and even some that are closer, but I sure haven’t been on any of them. Not that proximity is a bad thing, but it’s going to take a certain amount of getting used to.

On the way back, Cinco struck a pose on top of the hill. 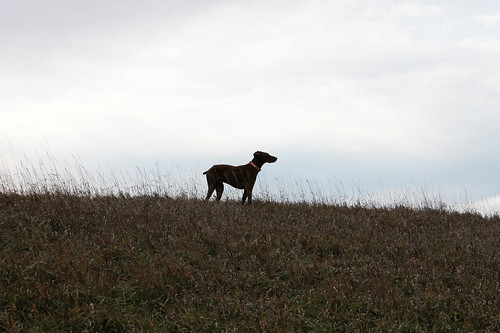 On the way back I stopped by what I’ve been calling the “Hog Barn” because I was initially under the impression that it was a building for swine. But now I’m not so sure…
It’s got electricity coming in from the barn on overhead wires, and a propane regulator just above the door. 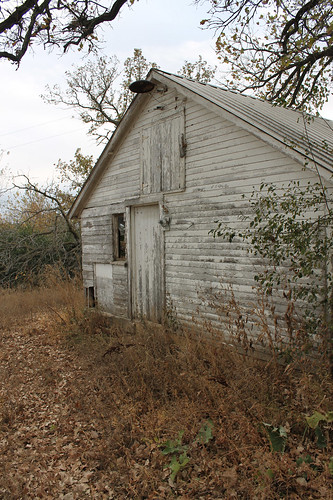 The ceiling is low, a little over 6′ tall, and made of slatted boards with straw filling in the gaps. 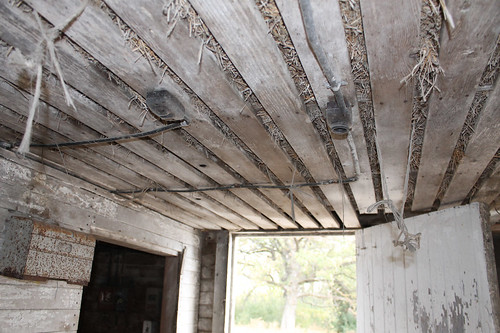 Lots of electrical outlets, light bulb bases and even a timer to control it all. But no sign of what the propane was used for… 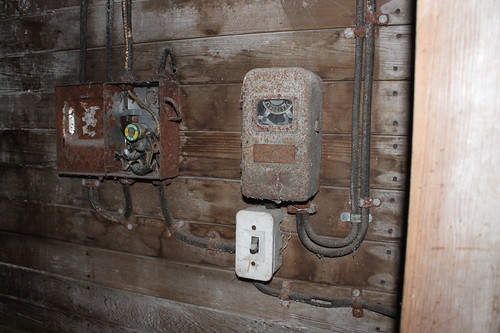 The loft has a door at each end, but is empty, save for a bit of straw between each of the rafters. 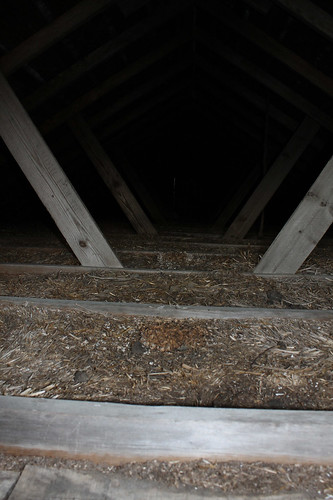 The interior is very plain. No partitions (except for the hasty one made of pallets that was used temporarily) and no other animal-specific infrastructure (nest-boxes, roosts, nipple-drinkers, water-bowls)
There is one shelf in the place with a 1968 vet-supply calendar and a few old syringes. That’s it. 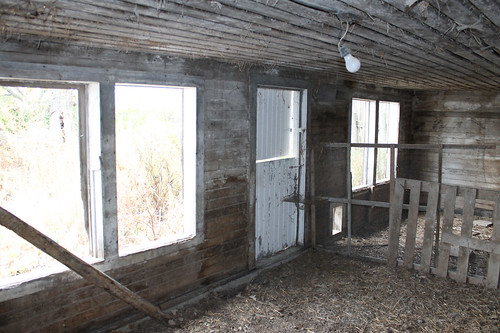 The real kicker is all the South-facing windows with a few little-tiny doors. 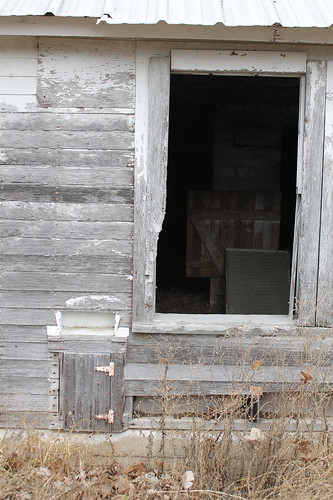 This building is a mystery to me. It seems like it might be an old chicken coop, especially with the tiny doors (like this one)
But the lack of any nest-boxes or roosts would mean that could only have practically supported chickens raised for meat, and I’m not sure how much of that went on around here in the early half of the 20th century.

Anybody else have any ideas?